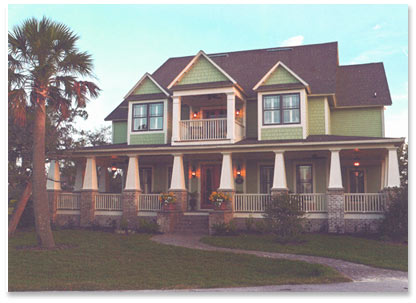 If you're looking for historic homes with modern-day amenities and city flair, look no further than Riverside/Avondale or Ortega and Venetia. From Downtown Jacksonville, follow the St. Johns River west and get ready to escape to the good life.

While Riverside/Avondale is the largest National Historic District in the U.S., it is in the midst of a re-birth like many parts of Jacksonville. From quaint little bungalows to turn-of-the-century mansions to new riverfront condos to great apartment living, Riverside/Avondale offers something for every price and lifestyle.The Five Points area of Riverside/Avondale is one of Jacksonville's most pedestrian-friendly neighborhoods. It offers condos and apartments within walking distance of the trendy shops and eateries in the Five Points area, which also includes two of the city's best parks, Memorial Park and Riverside Park. Both are great for a Sunday afternoon pickup game of football, flying a kite with your kids or an old-fashioned picnic on the grass.

Travel further west along the St. Johns River and discover the charming Ortega. Ortega also offers a great shopping area complete with local drug store, charming shops and restaurants with well-trimmed streets and oak canopies above. "Worth" magazine named Ortega No. 46 on its list of the 50 wealthiest neighborhoods in the United States. On the edge of Ortega near Venetia is the Florida Yacht Club, the oldest yacht club in the U.S.